The connection terminal is mainly produced to facilitate the connection of wires. In fact, the terminal is a piece of metal enclosed in insulating plastic. There are holes for inserting wires at both ends of the metal sheet, and screws are used for fastening or loosening. Sometimes two wires need to be connected, and sometimes they need to be disconnected. At this time, terminals can be used to connect them and can be disconnected at any time It's convenient and fast to open them without having to weld them or entangle them together. There are many types of terminals, such as plug-in terminals, PCB terminals, terminal blocks, screw fixed terminals, grid plate terminals and so on.

Features of terminal blocks: various pin spacing, flexible wiring mode, suitable for high-density wiring requirements; terminal maximum current up to 520 a; suitable for SMT production process; can be used for reflow soldering, the maximum temperature resistance up to 300 ℃; can also be used to expand the function with the help of different accessories.

② Lotus plug and socket: mainly used in audio equipment and video equipment, it is used as input and output plug of line between them.

③ XLR plug: mainly used for the connection between microphone and amplifier.

④ Five core socket (DIN): mainly used for the connection between cassette recorder and amplifier. It can concentrate the stereo input and output signals in one socket.

Rectangular plug and socket can be divided into pin type and hyperbolic spring type; there are cases with and without shell; there are locking type and non locking type. This kind of connector is commonly used in low-frequency low-voltage circuit, high-low-frequency hybrid circuit, and more often used in radio instruments and meters.

Circular connectors are mainly plug-in type and screw type. Plug in type is usually used for circuit connection with frequent plug and pull, less connection points and current no more than 1a. Screw type connector is commonly known as aviation plug and socket. It has a standard rotary locking mechanism, which is convenient to connect and has excellent vibration resistance in the case of multiple contacts and large insertion and extraction force. At the same time, it is easy to realize the special requirements of waterproof sealing and electric field shielding, which is suitable for the circuit connection with large current and without frequent plug and pull. The number of such connection points ranges from 2 to nearly 100, the rated current can be from 1 to hundreds of amperes, and the working voltage is between 300 and 500 v.

Printed board connector comes from rectangular connector, which should belong to the category of rectangular connector, but it is generally listed as a new connector. Its contact points vary from one to dozens, which can be used with strip connector or directly with circuit board plug-in. It is widely used in the connection between various boards in the computer host and the main board computer. In order to connect reliably, the contact is generally plated with gold to enhance its reliability, commonly known as the gold finger. 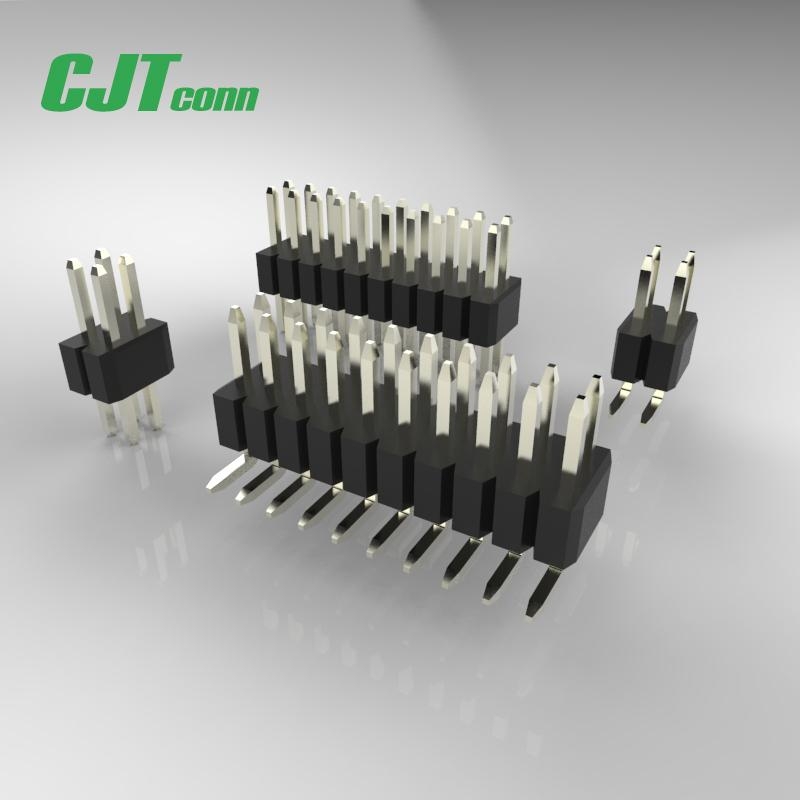